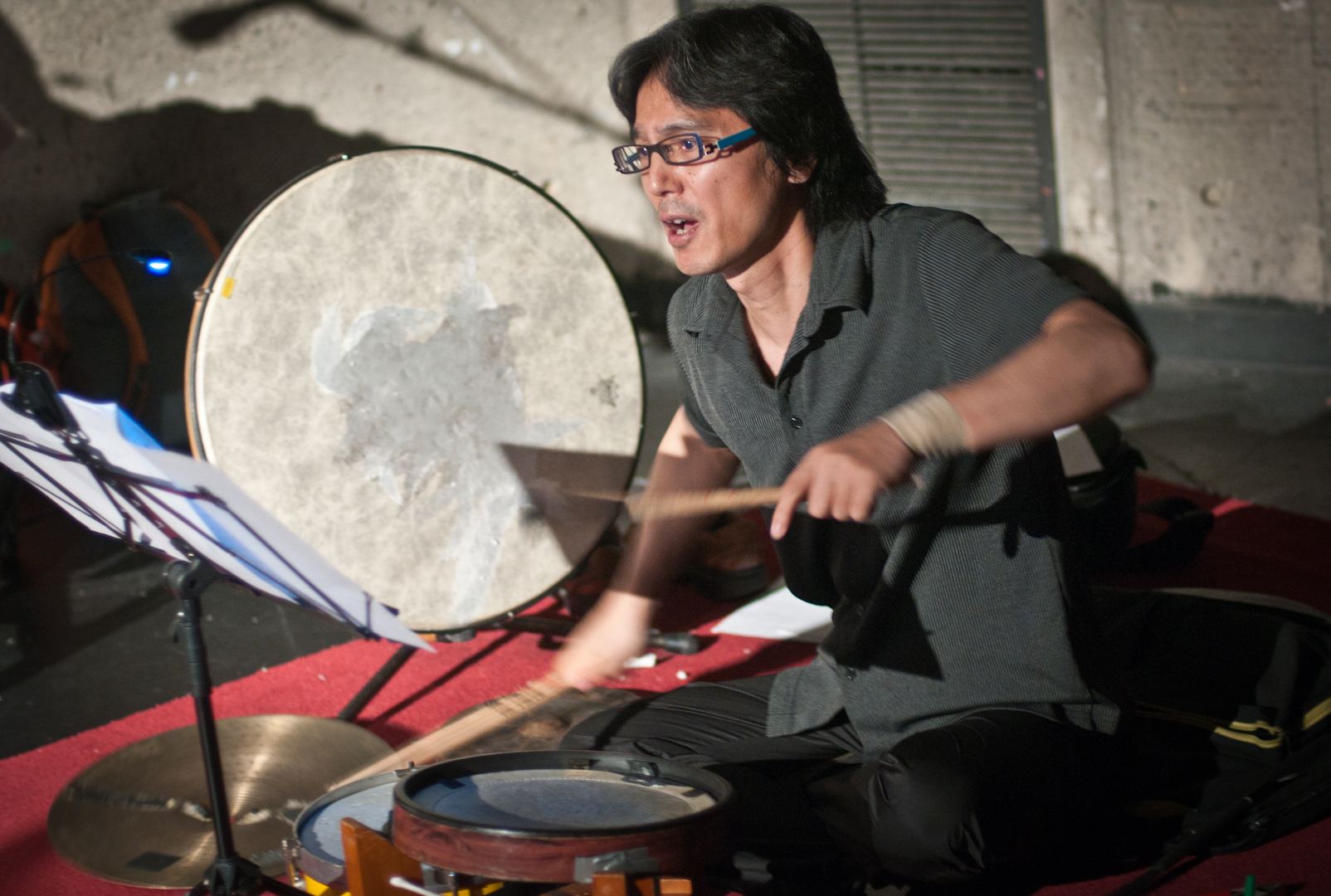 Satoshi Takeishi, drummer, percussionist, and arranger is a native of Mito, Japan. He studied music at Berklee College of Music in Boston, Massachusetts. While at Berklee he developed an interest in the music of South America and went to live in Colombia following the invitation of a friend. He spent four years there and forged many musical and personal relationships. One of the projects he worked on while in Colombia was ‘Macumbia’ with composer/arranger Francisco Zumaque in which traditional, jazz and classical music were combined. With this group he performed with the Bogota symphony orchestra to do a series of concerts honoring the music of the most popular composer in Colombia, Lucho Bermudes. In 1986 he returned to Miami, U.S. where he began working as an arranger/producer as well as a performer.
In 1987 he produced ‘Morning Ride’ for jazz flutist Nestor Torres on Polygram Records. His interest expanded to the rhythms and melodies of the Middle East where he studied and performed with Armenian-American oud master Joe Zeytoonian. Since moving to New York in 1991 he has performed and recorded in vast variety of genre, from world music, jazz, contemporary classical music to experimental electronic music with musicians such as Ray Barretto, Carlos ‘Patato’ Valdes, Eliane Elias, Marc Johnson, Eddie Gomez, Randy Brecker, Dave Liebman, Anthony Braxton, Mark Murphy, Herbie Mann, Paul Winter Consort, Rabih Abu Khalil, Erik Friedlander, Ned Rothenberg, MIchael Attias, Shoko Nagai, Paul Giger, Toshiko Akiyoshi Big Band, Ying String Quartet, Metamorphosen Chamber Orchestra, Dhafer Youssef, Lalo Schifrin and Pablo Ziegler to name a few. He continues to explore multi-cultural, electronics and improvisational music with local musicians and composers in New York.